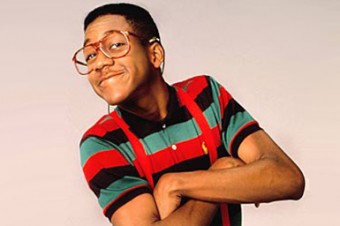 Today I found out the actor who played Steve Urkel also did the voice for Sonic the Hedgehog.

Interestingly, White’s big break almost came five years earlier than Family Matters when he was cast as “Rudy” on The Cosby Show.  However, he was cut when Cosby decided the character worked better as a girl.

When White landed his role in Family Matters, the character of Steve Urkel wasn’t actually supposed to be a regular.  He was originally cast in the 12th episode of the first season, at which time the show was on the verge of being canceled.  His character was intended to last only one episode, but his performance and portrayal of the character, much of which was his own design, impressed the director and producers so much that they decided to keep him around as an occasional guest star.  However, Urkel soon became a fan favorite and scripts were re-written to include him as a primary character.  By the start of the second season, he officially became a full cast member and he soon became the highest paid person on the show.

Other TV shows White has appeared in include: Mr. Belvedere; Step by Step; Full House; Charlie and Company; The Jeffersons; The Fresh Prince of Bel-Air; Grown Ups; and House, among others.