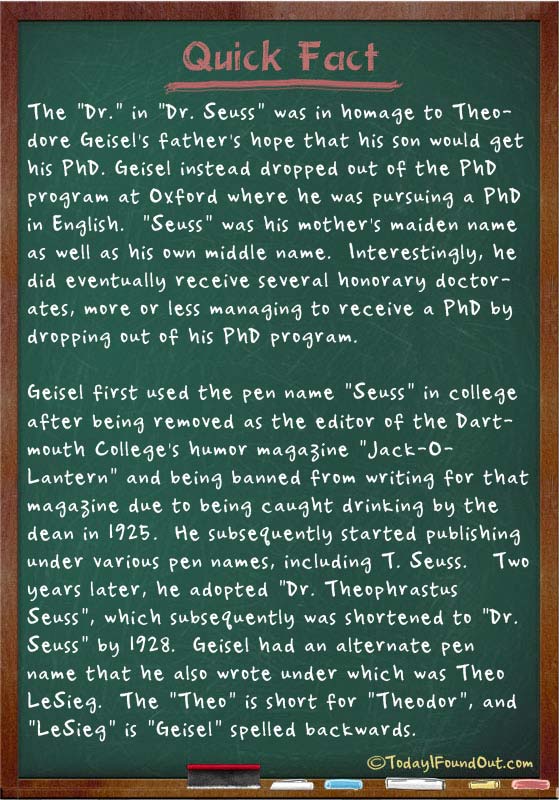 The “Dr.” in “Dr. Seuss” was in homage to Theodore Geisel’s father’s hope that his son would get his PhD. Geisel instead dropped out of the PhD program at Oxford where he was pursuing a PhD in English.  “Seuss” was his mother’s maiden name as well as his own middle name.  Interestingly, he did eventually receive several honorary doctorates, more or less managing to receive a PhD by dropping out of his PhD program.

Geisel first used the pen name “Seuss” in college after being removed as the editor of the Dartmouth College’s humor magazine “Jack-O-Lantern” and being banned from writing for that magazine due to being caught drinking by the dean in 1925.  He subsequently started publishing under various pen names, including T. Seuss.   Two years later, he adopted “Dr. Theophrastus Seuss”, which subsequently was shortened to “Dr. Seuss” by 1928.  Geisel had an alternate pen name that he also wrote under which was Theo LeSieg.  The “Theo” is short for “Theodor”, and “LeSieg” is “Geisel” spelled backwards.