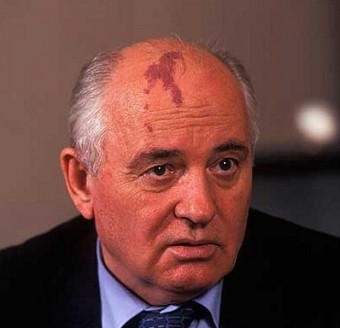 Today I found what causes birthmarks.

There are several different types of birthmarks. What causes them is an excess of pigment cells (Melanoctyes), or an excess of blood vessels confined to one area of the skin.  Birthmarks caused by an excess of pigment in certain areas of the skin are known as pigmented birthmarks. The color of your skin is a result of the amount of melanin in the bottom layer of your epidermis. When there is an abnormal level of melanin per square millimeter of skin, the resulting color creates a visible mark on the skins surface. These marks come in three different classifications. Congenital Melanocytic Nevus (which is a type of mole), Café-au-lait spots, and Mongolian Spots (known as Dermal Melanocytosis).

Moles (known as nevi) are usually brown or black, can be either large or small, both raised and flat. They can appear anywhere on the body and almost everyone seems to have a few. (ah the sexy marks of Cindy Crawford) Any mole that is present at birth is considered a type of birthmark. The moles that can develop later in life are not (seems common sense). Some types of moles will fade away over time and most come with no complications. The moles present at birth, however, are thought to be more likely than others to someday become cancerous. So should your birthmark begin to change shape, color or size, or begin to take on a life of its own, get it checked! No one likes skin cancer!

Café-au-lait spots (French for “Coffee with milk”) are usually oval-shaped and create a darker area of your skin. Should you be lighter toned, this area will usually be light brown. For the darker folks, the spot will usually be black. These types of birthmarks generally create no problems and, like a bad tattoo, will usually fade over time, but won’t go away completely.

Mongolian Spots are flat bluish to bluish gray skin markings that commonly appear at the base of the spine, the buttocks, back and on the shoulders. These are common among darker skinned peoples, such as Asian, East Indian, and African and are benign and not associated with any conditions or illnesses. They are thought to be due to the entrapment of melanocytes in the dermis that have failed to reach their proper location in the epidermis of a developing fetus. Typically these marks will disappear by age 4.

Birthmarks caused by an excess of blood vessels confined to one area of the skin are known as vascular birthmarks. They also come in three different types: Macular stains (also known as salmon patches), Hemangiomas, and Port-wine stains.

Macular stains are the most common types of vascular birthmarks and can sometimes be called “angel’s kisses” when appearing on the forehead, eyelids, nose or upper lip.  These types of birthmarks are small, flat and red or pink. They do usually go away within a few years, but some are known to last in to adulthood. Luckily, they don’t cause problems or need to be treated, because who wants to tell their child that they have to wipe off their angels kiss? 🙂

Port-wine stains (naevus flammeus) are named for their maroon-colored wine appearance. They are present at birth (obviously or they wouldn’t be called birthmarks) and usually appear on the face or head. The mark itself grows as the child grows. Unlike other types of birthmarks, they do not go away and become thicker and darker red or purple as the person ages. Once into adulthood the marks can develop bumps or nodules that will bleed should you decide to poke at them too hard. Mikhail Gorbechev had a port-wine stain that became famous, if only because most of the industrialized world wanted to scrape it off his head!

The last type of vascular birthmark is known as Hemangiomas (Greek for “blood vessel tumor”). There are two types, superficial and deep. The superficial are close to the surface of the skin and are usually a vibrant strawberry red, thus their nickname as “strawberry mark”. The deep Hemangiomas tend to be bluish-purple because the abnormal blood vessels are deeper under the surface of the skin. These types are likely to show up after birth, grow large and bulge in the first 9 months. Whether deep or superficial, most usually start to shrink after the first year and 90% are gone by age 10. For the most part they leave minimal or no visible marks. Larger hemangiomas however can leave visible skin changes due to the severe stretching of the tissue or damage to surface texture. If treatment is preferred, there are several options, such as steroid therapy and beta blockers like propranolol. If instant gratification is more your speed then laser treatment and good old fashioned surgery also can be considered.

Birthmarks are just that, marks on the body at birth. Since most seem to go away on their own, those of us born with these evolutionary blemishes will not have our egos permanently scarred. Should you be one of the unlucky individuals whose marks stay throughout their life, take comfort in the knowledge that at least you’re not the leader of a large country whose legacy in life will be more for his water-colored head then his deeds as a person.