Aerosol Sprays Do Not Damage the Ozone Layer 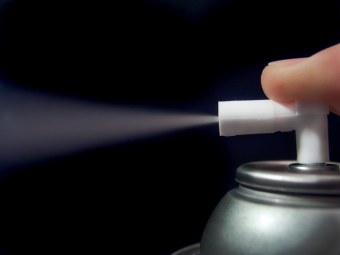 Despite the lack of conclusive evidence, in the mid-1970s most manufacturers voluntarily stopped using chlorofluorocarbons. Further, in 1978, chlorofluorocarbons were officially banned in the United States, with a few exceptions. These exceptions were primarily concerning certain medical applications, such as with asthma inhalers (though use in inhalers and other medicinal applications were officially banned in 2008).

Other countries quickly followed the U.S. in banning the use of chlorofluorocarbons, including Canada, Mexico, Australian, and many European nations. Thanks to the Montreal Protocol agreement, ratified by 70 countries initially and 196 countries to date, production of chlorofluorocarbons, along with other ozone damaging substances, began to be phased out altogether starting in 1996, the completion of which, even in many developing countries, took place in 2010.

So the bottom line is that for the last three decades or so in the U.S., followed by many other developed countries shortly thereafter, aerosol sprays haven’t contained any known ozone depleting substances.