Where the Name “Tootsie Roll” Came From 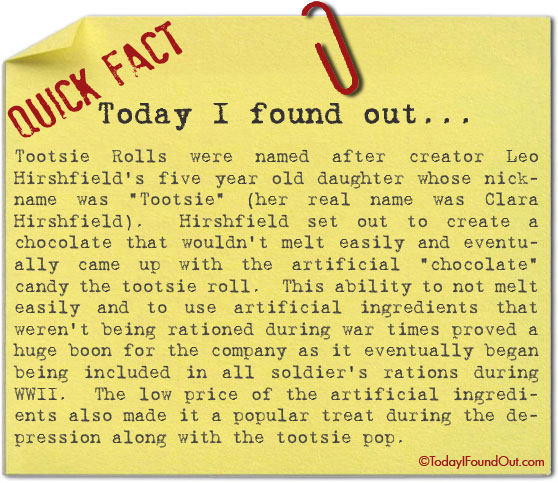 Tootsie Rolls were named after creator Leo Hirshfield’s five year old daughter whose nickname was “Tootsie” (her real name was Clara Hirshfield).  Hirshfield set out to create a chocolate that wouldn’t melt easily and eventually came up with the artificial “chocolate” candy the tootsie roll.  This ability to not melt easily and to use artificial ingredients that weren’t being rationed during war times proved a huge boon for the company as it eventually began being included in all soldier’s rations during WWII.  The low price of the artificial ingredients also made it a popular treat during the depression along with the tootsie pop.