Why the Toilet is Also Known as the “Head” 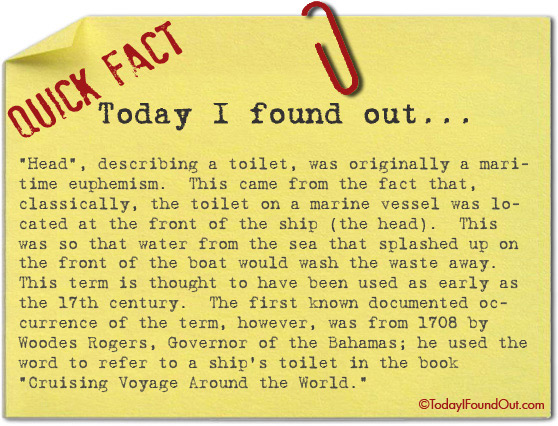 “Head”, describing a toilet, was originally a maritime euphemism.  This came from the fact that, classically, the toilet on a marine vessel was located at the front of the ship (the head).  This was so that water from the sea that splashed up on the front of the boat would wash the waste away.  This term is thought to have been used as early as the 17th century.  The first known documented occurrence of the term, however, was from 1708 by Woodes Rogers, Governor of the Bahamas; he used the word to refer to a ship’s toilet in the book “Cruising Voyage Around the World.”