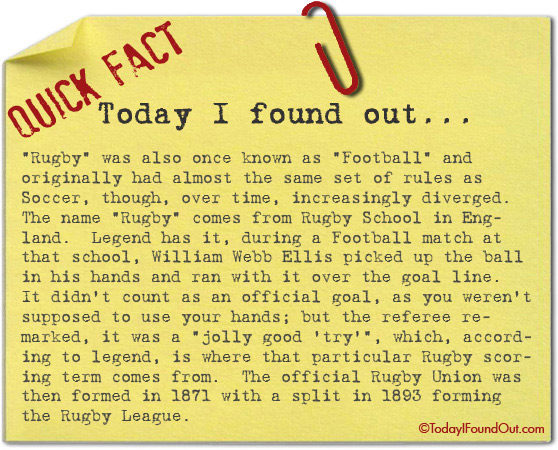 “Rugby” was also once known as “Football” and originally had almost the same set of rules as Soccer, though over time increasingly diverged.  The name “Rugby” comes from Rugby School in England.  Legend has it, during a Football match at that school, William Webb Ellis picked up the ball in his hands and ran with it over the goal line.  It didn’t count as an official goal, as you weren’t supposed to use your hands; but the referee remarked, it was a “jolly good ‘try’”, which, according to legend, is where that particular Rugby scoring term comes from.  The official Rugby Union was then formed in 1871 with a split in 1893 forming the Rugby League.