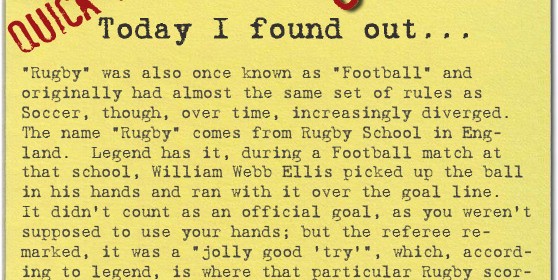 ##EMBED## Click Here for Sources and to Learn Where the Word “Soccer” Comes From Text Version “Rugby” was also once known as “Football” and originally had almost the same set of rules as Soccer, though over time increasingly diverged.  The name “Rugby” comes from Rugby School in England.  Legend has it, during a Football match at that school, William Webb […]