Sugar Does Not Make Kids Hyper 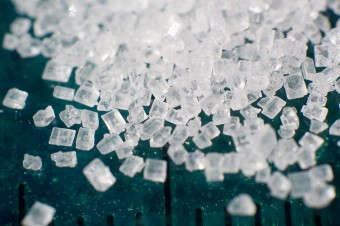 Today I found out that sugar does not make kids hyper.  In fact, it has been proven in numerous studies that it doesn’t affect their behavior at all.

“Almost”, you say?  Interestingly, if the child believes they have been given sugar and they believe that sugar will make them hyper, some children will act more hyper.  But this again is all in their head.  If they believe they haven’t been given sugar, even though they’ve been given loads, these kids will report no change in how they feel and will act normal.  If they are given no sugar, but they think they’ve been given lots of sugar, they will often report feeling a “sugar rush” and act hyper.  This is more or less just the mysterious placebo effect in action on a small percentage of these kids. 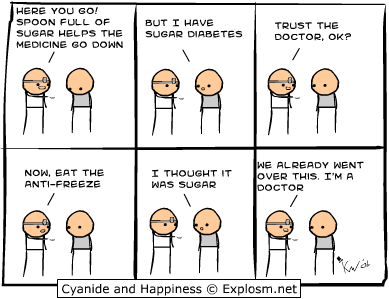 On the other hand, caffeine will absolutely make a good percentage of kids hyper.  So while many parents attribute the hyperactivity in kids that often follows drinking a lot of soda as being caused by sugar, it is actually generally the caffeine doing the work.

In the end though, excessive amounts of processed sugars is bad for kids (and adults too!), in a variety of ways; as is seemingly always the case, moderation in everything tends to be a good rule of thumb.

On the other hand, maybe it’s best to just not eat anything at all; probably the best way to avoid eating unhealthy things