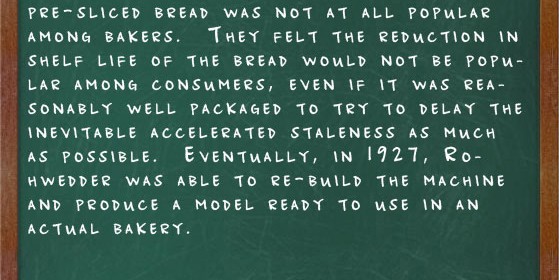 The world’s first automatic bread slicer was invented by Otto Frederick Rohwedder in Davenport, Iowa.  He first built a prototype of his bread slicer in 1912.  Unfortunately, his blueprints and machine were destroyed in a fire in 1917.   From there, he struggled to obtain funding to begin again on his machine as the idea of pre-sliced bread was not at […]