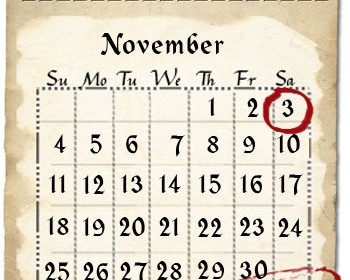 On this day in history, November 3rd… 1534 :  King Henry VIII of England was granted Royal Supremacy, as the English parliament accepted the first Act of Supremacy. This legislation declared the King as the supreme head of the Church of England. It also initiated by King Henry VIII himself and cut England off from the Roman Catholic Church. It is believed that the main […]