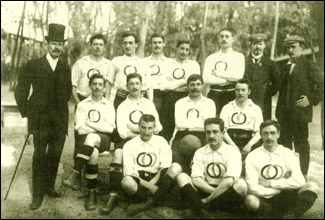 Today I found out the origin of the Olympic Rings. The Olympic ring symbol was designed by Baron Pierre de Coubertin in 1912.  The idea of using rings intertwined with one another came from the Union des Sociétés Françaises de Sports Athlétiques (USFSA), which had two interlaced rings as their symbol and which Pierre de Coubertin was for a time […]