Telegraphic Spam was Extremely Common in the 19th Century 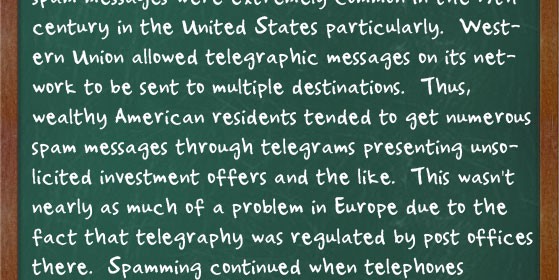