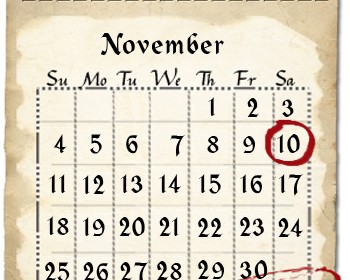 On this day in history, November 10th… 1775:  Continental Marines, later to be known as the U.S Marine Corps, is founded. During the American Revolutionary War, future President John Adams drafted a resolution for two Battalions of Marines to be raised, which was passed by the Continental Congress on this date. Under the leadership of Captain Samuel Nicholas, the two […]