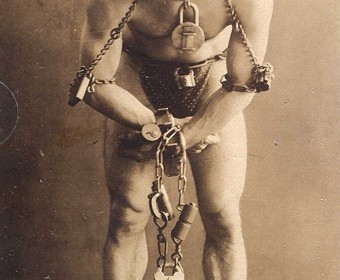 Today I found out Harry Houdini piloted the first controlled airplane flight over Australia. Houdini initially became fascinated by aviation in 1909, purchasing a French Voisin biplane for $5000 and subsequently hiring a full time mechanic to maintain it.  In his first flight attempt, he crashed the plane, but with the help of his mechanic, fixed it up and made […]