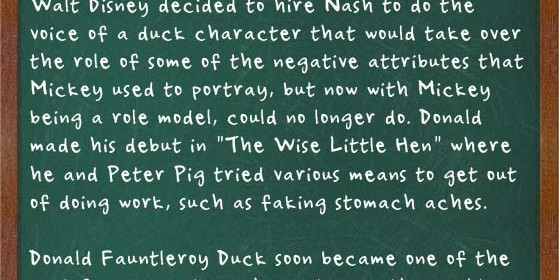 Donald Fauntleroy Duck was created in 1934.  He was first thought up after Walt Disney overheard Clarence Nash doing his now famous duck voice for the first time.  At the time, Nash was demonstrating a variety of voices he could do.  Walt Disney decided to hire Nash to do the voice of a duck character that would take over the […]