It seems only appropriate that the single most controversial quote from the Beatles, by any Beatle, was uttered by John Lennon, the group’s unspoken leader and most colorful member. On March 4, 1966, the following was said by Lennon: Christianity will go. It will vanish and shrink. I needn’t argue about that. I’m right and I will be proved right. […]

END_OF_DOCUMENT_TOKEN_TO_BE_REPLACED

It was the autumn of 1960 in Hamburg, Germany. The young, fledgling group who had recently changed their name officially to “The Beatles” were playing at a local club called The Kaiserkeller. Hamburg was a vice-ridden city, a 24-hour-a-day unofficial red light district in itself. Hookers, pimps, thugs, gangsters, drug dealers, and various sundry “characters” and habitues roamed the streets […]

END_OF_DOCUMENT_TOKEN_TO_BE_REPLACED

Today I found out the Beatles were once banned from playing in Israel until finally in 2008 a formal letter of apology was sent out to the two surviving members and certain relatives of the deceased members, including an invite for Paul and Ringo to come play at Israel’s 60th birthday bash. This may come as something of a surprise […]

END_OF_DOCUMENT_TOKEN_TO_BE_REPLACED

This Day In History: August 11, 1964 On this day in history, 1964, what would later be called one of the 100 greatest films of all time by Time Magazine, the Beatles “mockumentary”, A Hard Day’s Night, debuted in the United States.  (Warning: There be spoilers in the A Hard Day’s Night facts ahead!  So if you haven’t seen it, […]

END_OF_DOCUMENT_TOKEN_TO_BE_REPLACED 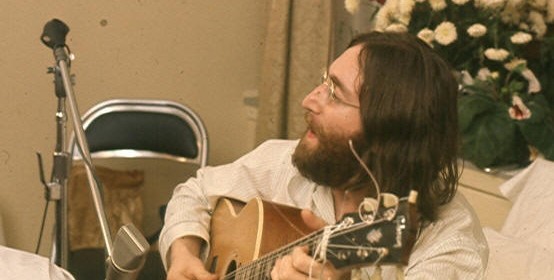 Today I found out John Lennon once almost beat a man to death. Was John Lennon gay? “Why are you bringing up such a ridiculous question? Who cares if he was gay? I thought this article was about John Lennon almost beating a guy to death.” Well, it is, it is, keep reading and you will see all the pieces […]