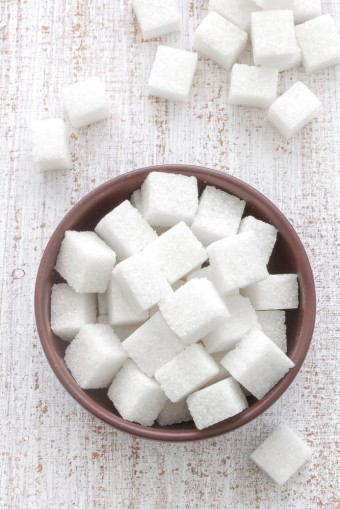 In its crystal form bone dry, sucrose (C12H22O11) loves to bind with water (H20). When present in sufficient concentrations, table sugar will suck all of the water around it. This is why sugar is an excellent food preservative. Via osmosis, the sugar pulls the available water from within the foodstuff, reducing the food’s aw, thus making it unsuitable for microbes to grow, or even survive.