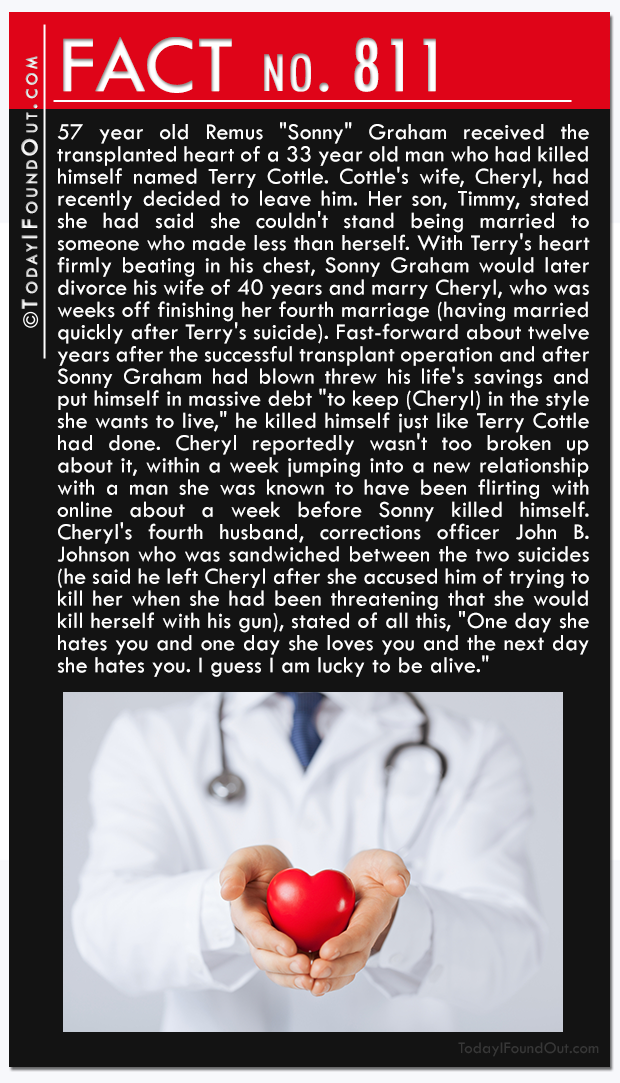 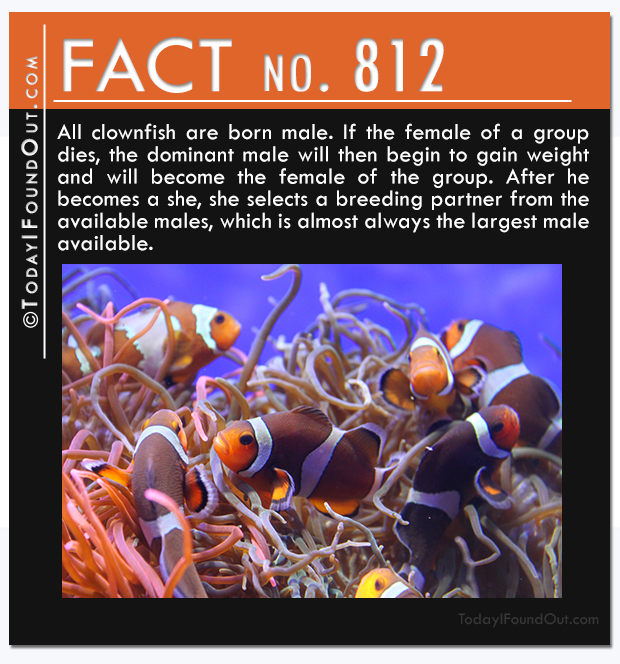 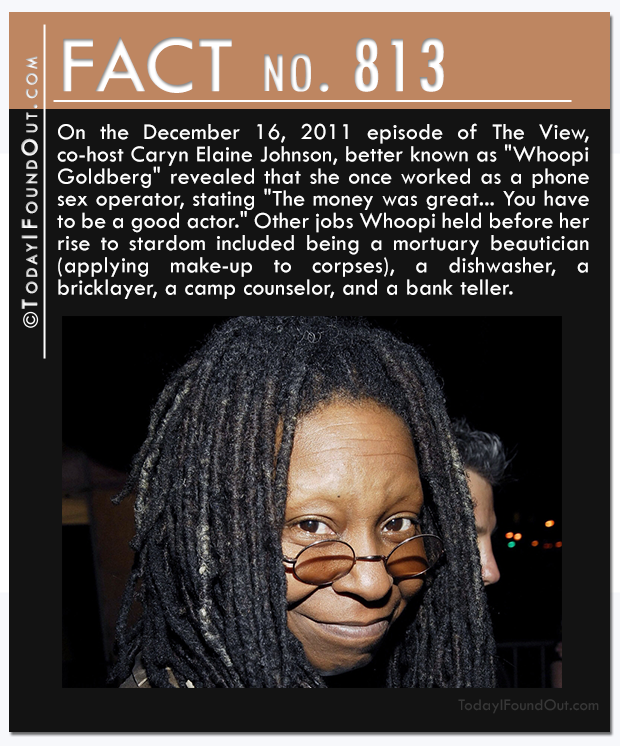 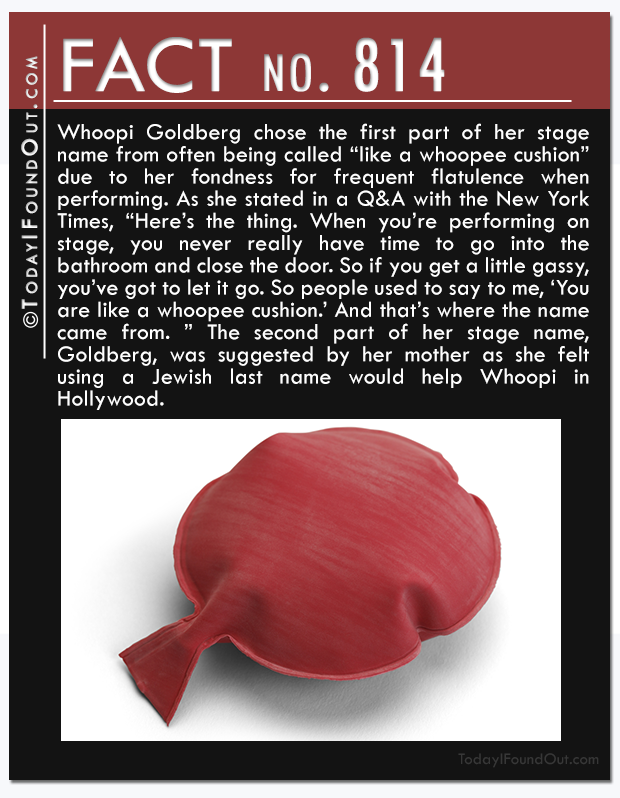 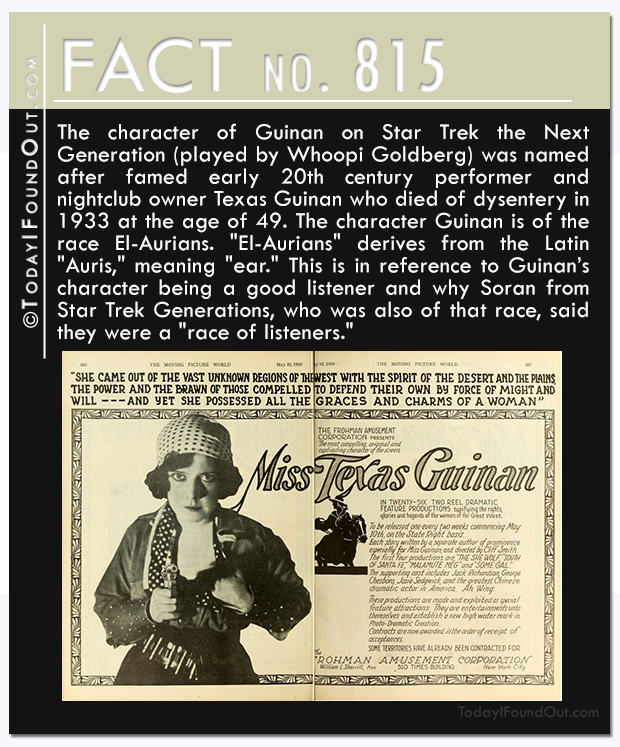 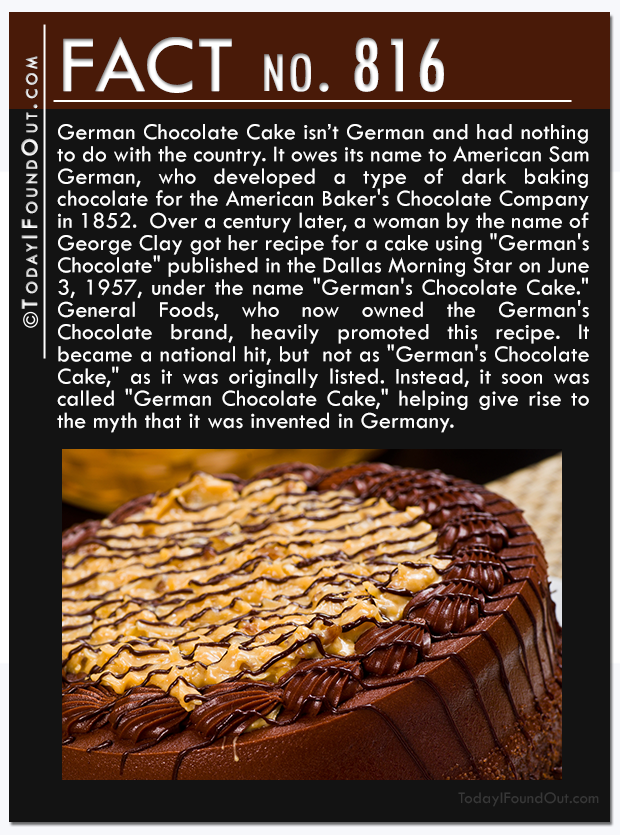 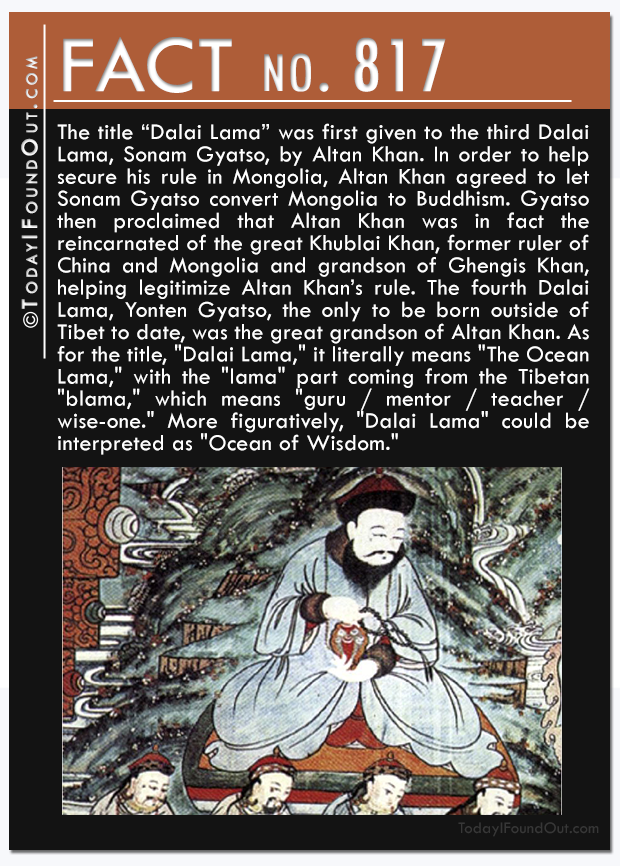 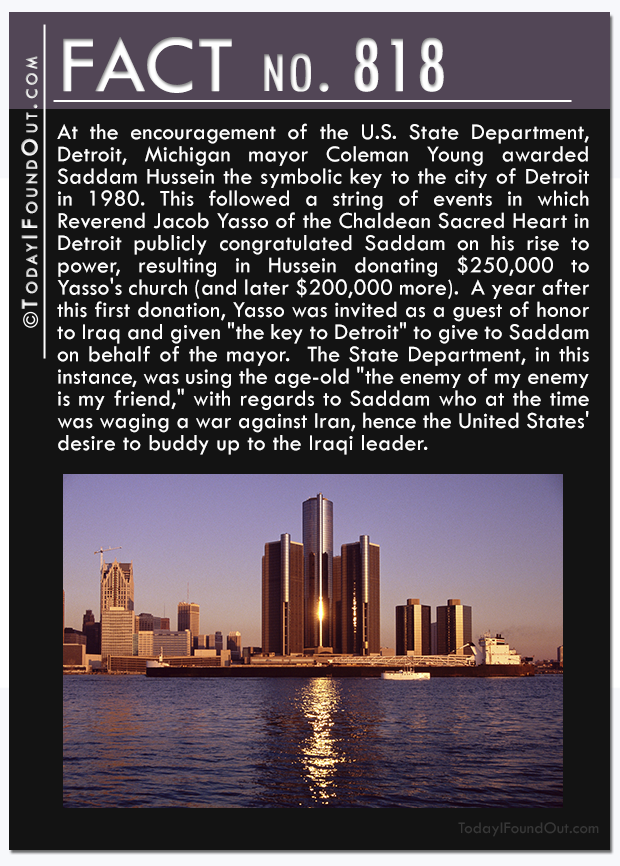 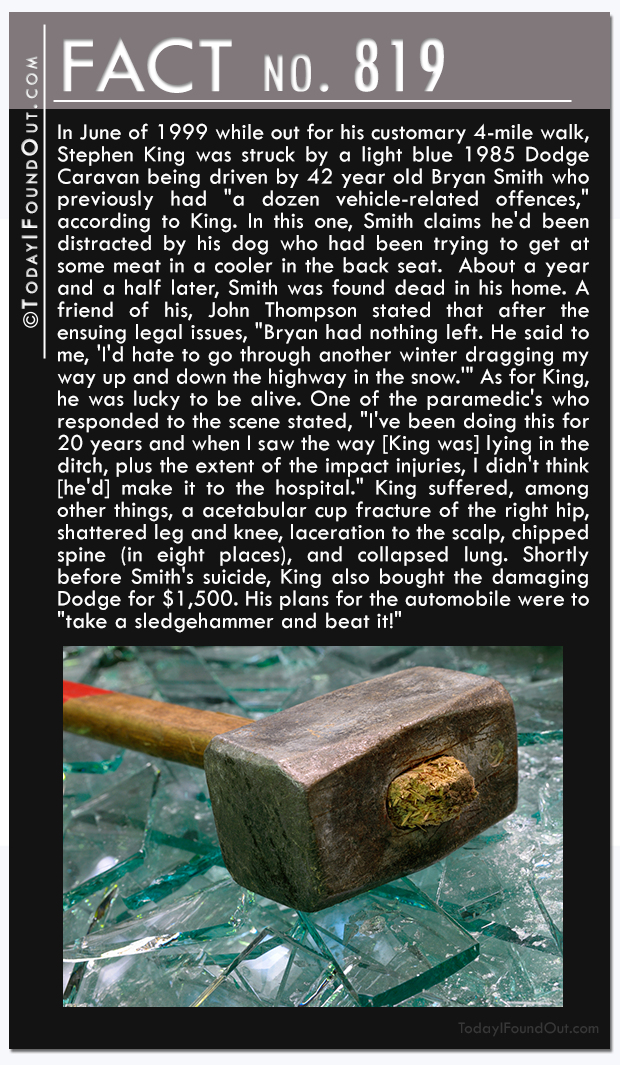 811) 57 year old Remus “Sonny” Graham received the transplanted heart of a 33 year old man who had killed himself named Terry Cottle. Cottle’s wife, Cheryl, had recently decided to leave him. Her son, Timmy, stated she had said she couldn’t stand being married to someone who made less than herself. With Terry’s heart firmly beating in his chest, Sonny Graham would later divorce his wife of 40 years and marry Cheryl, who was weeks off finishing her fourth marriage (having married quickly after Terry’s suicide). Fast-forward about twelve years after the successful transplant operation and after Sonny Graham had blown threw his life’s savings and put himself in massive debt “to keep (Cheryl) in the style she wants to live,” he killed himself just like Terry Cottle had done. Cheryl reportedly wasn’t too broken up about it, within a week jumping into a new relationship with a man she was known to have been flirting with online about a week before Sonny killed himself. Cheryl’s fourth husband, corrections officer John B. Johnson who was sandwiched between the two suicides (he said he left Cheryl after she accused him of trying to kill her when she had been threatening that she would kill herself with his gun), stated of all this, “One day she hates you and one day she loves you and the next day she hates you. I guess I am lucky to be alive.”

812) All clownfish are born male. If the female of a group dies, the dominant male will then begin to gain weight and will become the female of the group. After he becomes a she, she selects a breeding partner from the available males, which is almost always the largest male available.

813) On the December 16, 2011 episode of The View, co-host Caryn Elaine Johnson, better known as “Whoopi Goldberg” revealed that she once worked as a phone sex operator, stating “The money was great… You have to be a good actor.” Other jobs Whoopi held before her rise to stardom included being a mortuary beautician (applying make-up to corpses), a dishwasher, a bricklayer, a camp counselor, and a bank teller.

814) Whoopi Goldberg chose the first part of her stage name from often being called “like a whoopee cushion” due to her fondness for frequent flatulence when performing. As she stated in a Q&A with the New York Times, “Here’s the thing. When you’re performing on stage, you never really have time to go into the bathroom and close the door. So if you get a little gassy, you’ve got to let it go. So people used to say to me, ‘You are like a whoopee cushion.’ And that’s where the name came from. ” The second part of her stage name, Goldberg, was suggested by her mother as she felt using a Jewish last name would help Whoopi in Hollywood.

815) The character of Guinan on Star Trek the Next Generation (played by Whoopi Goldberg) was named after famed early 20th century performer and nightclub owner Texas Guinan who died of dysentery in 1933 at the age of 49. The character Guinan is of the race El-Aurians. “El-Aurians” derives from the Latin “Auris,” meaning “ear.” This is in reference to Guinan’s character being a good listener and why Soran from Star Trek Generations, who was also of that race, said they were a “race of listeners.”

817) The title “Dalai Lama” was first given to the third Dalai Lama, Sonam Gyatso, by Altan Khan. In order to help secure his rule in Mongolia, Altan Khan agreed to let Sonam Gyatso convert Mongolia to Buddhism. Gyatso then proclaimed that Altan Khan was in fact the reincarnated of the great Khublai Khan, former ruler of China and Mongolia and grandson of Ghengis Khan, helping legitimize Altan Khan’s rule. The fourth Dalai Lama, Yonten Gyatso, the only to be born outside of Tibet to date, was the great grandson of Altan Khan. As for the title, “Dalai Lama,” it literally means “The Ocean Lama,” with the “lama” part coming from the Tibetan “blama,” which means “guru / mentor / teacher / wise-one.” More figuratively, “Dalai Lama” could be interpreted as “Ocean of Wisdom.”

818) At the encouragement of the U.S. State Department, Detroit, Michigan mayor Coleman Young awarded Saddam Hussein the symbolic key to the city of Detroit in 1980. This followed a string of events in which Reverend Jacob Yasso of the Chaldean Sacred Heart in Detroit publicly congratulated Saddam on his rise to power, resulting in Hussein donating $250,000 to Yasso’s church (and later $200,000 more).  A year after this first donation, Yasso was invited as a guest of honor to Iraq and given “the key to Detroit” to give to Saddam on behalf of the mayor.  The State Department, in this instance, was using the age-old “the enemy of my enemy is my friend,” with regards to Saddam who at the time was waging a war against Iran, hence the United States’ desire to buddy up to the Iraqi leader.

819) In June of 1999 while out for his customary 4-mile walk, Stephen King was struck by a light blue 1985 Dodge Caravan being driven by 42 year old Bryan Smith who previously had “a dozen vehicle-related offences,” according to King. In this one, Smith claims he’d been distracted by his dog who had been trying to get at some meat in a cooler in the back seat.  About a year and a half later, Smith was found dead in his home. A friend of his, John Thompson stated that after the ensuing legal issues, “Bryan had nothing left. He said to me, ‘I’d hate to go through another winter dragging my way up and down the highway in the snow.'” As for King, he was lucky to be alive. One of the paramedic’s who responded to the scene stated, “I’ve been doing this for 20 years and when I saw the way [King was] lying in the ditch, plus the extent of the impact injuries, I didn’t think [he’d] make it to the hospital.” King suffered, among other things, a acetabular cup fracture of the right hip, shattered leg and knee, laceration to the scalp, chipped spine (in eight places), and collapsed lung. Shortly before Smith’s suicide, King also bought the damaging Dodge for $1,500. His plans for the automobile were to “take a sledgehammer and beat it!”

820) According to the BBC, a Swedish woman named Lena Paahlsson lost her engagement ring while doing some Christmas baking with her daughters back in 1995. Sixteen years later (2011) and after Mrs. Paahlsson had lost any hope of finding the ring, she was pulling up carrots in her garden when she amazingly found her ring with a carrot growing through it. Her theory on how it got out there was that it must have fallen in the sink when she’d been peeling vegetables.  She then would have used the peelings to either feed her sheep or as compost.  Either way, it ultimately ended up in her garden and, sixteen years later, on a carrot.