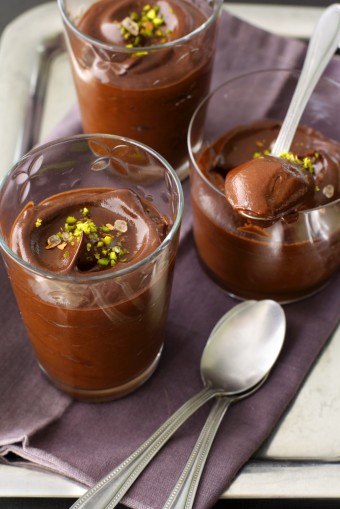 Air Miles are awesome, they can be used to score free flights, hotel stays and if you’re really lucky, the scorn and hatred of everyone you come in contact with who has to pay full price when they travel. The king of all virtually free travelers is one David Phillips, a civil engineer who teaches at the University of California, Davis.

David came to the attention of the wider media when he managed to convert about 12,150 cups of Healthy Choice chocolate pudding into over a million Air Miles. Ever since, David and his entire family have been travelling the world for next to nothing.

So how did he do it? Well, first we need to explain the kind of man David Phillips is; he’s the kind of guy who reads every inch of the small print on things. The kind of guy who learned to count cards just so he’d never get ripped off in a casino. In fact, Phillips stated that he could have probably been a pro card player if it wasn’t for the cigarette smoke. Yes, this guy- according to him- could have been a millionaire card player, but he enjoyed fresh air more than the musky stink of success.

His most famous endevour was back in 1999 when he saw that Healthy Choice was having a promotion on their frozen entrées section. The offer was as follows: for every 10 bar codes of their product a person sent in, they’d be awarded  500 Air Miles. However, the company had an early bird stipulation that people who redeemed the offer within the first month of the competition would receive double that, meaning a person could potentially receive 1000 Air Miles for buying just 10 of their entrées.

Upon catching wind of the deal, David scoured his local supermarkets to see which, if any products offered the best potential return. After some legwork, he found what he was looking for- a discount grocery chain that was selling individual chocolate pudding cups for 25 cents each. This meant that for a measly $2.50, he could get 1000 Air Miles.

Realising the amazing return he was potentially able to receive, David set out to hit every store in the chain in one day and buy up every single Healthy Choice pudding they had.

Now, you’re probably thinking a guy walking into several stores and asking to purchase all the Healthy Choice pudding they possessed, even in the back of the store, would arouse suspicion; and if anyone cottoned on to what he was doing, they’d try to get in on it too, because, why wouldn’t they? David apparently had the same concern and while buying the pudding, he told people he was doing it because he was stocking up for Y2K, which was just around the corner.

All in all, David spent just over $3000 on pudding, which may seem like a lot, until you realise the total dollar value of the miles he was set to receive was in excess of $150,000. However, before that, he actually had to send off all of the bar codes.

According to David, his wife got blisters from peeling off hundreds of stickers and his kids and co-workers grew physically sick of the sheer amount of chocolate paste he was forcing on them.  Further, it began to look doubtful they’d be able to peel off all the barcodes in time to qualify for the early bird part of the promotion.

This is when David had another idea- why did he need to have his wife and children suffer when he could get others to do the leg work for him?

David approached the local Salvation Army with an offer; if they gave him a bunch of volunteers to peel off all the bar codes on his pudding, he’d donate the pudding to them. But here’s the beautiful part, doing this counted as a considerable charitable donation, which let David claim just over $800 back in tax deductions at the end of they year.

But the benefits of David’s scheme didn’t end there. After sending off the bar codes and getting back his 1,280,000 miles, (he got a few more than just from the pudding because he also bought some soup at 90 cents a can before he realised that was the sucker’s method),  he now officially had over a million miles in his frequent flyer accounts, which automatically gave him lifelong access to something called the “American Airlines AAdvantage Gold club” giving him and his family a number of awesome flying related perks for the rest of their lives.

But we haven’t even got to the best part yet. David will likely never run out of Air Miles because he’s still earning miles at about 5 times faster than he’s spending them, despite traveling  quite often, thanks to various frequent flyer incentive programs he keeps an eye out for and exploits just like the pudding scheme. Today, he has over 4 million miles in his various accounts and has flown to over 20 countries and taken numerous vacations in the meantime.

In the end, for a one time cost of a little over $3000 (or less if you subtract the tax deduction), and a few other similar deals he’s taken advantage of to bolster his numbers, David never has to pay for a flight in his life ever again. Genius.