The Contested Title of the Person who Speaks the Most Languages

July 31, 2013 Karl Smallwood
Kyle asks: What is the record for the most languages spoken by a human? 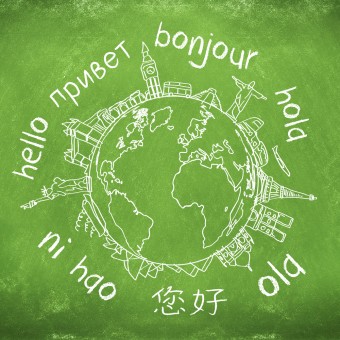 Like many of our words, the term, polyglot is Greek in origin, coming from the Greek word, polyglōttos, which roughly translates to “many tongued”.  Now you’d think that discovering the person who spoke the most languages would be as simple as searching for it on the Guinness Book of World Records site, but alas, even the almighty Guinness doesn’t know, or at least despite  our sincerest efforts, we couldn’t find such a record in their catalog, which is perhaps why you posed the question to us in the first place.

The problem seems to lie in the fact that the definition of what it takes to be able to “speak” a language varies greatly from source to source and person to person. Is a person who can hold basic conversation in 100 languages more impressive than a person who has mastered reading and writing in 50? Is being able to speak in 10 different regional dialects the same as being able to speak 10 completely different languages?  It’s questions like these that make it very unlikely that we’ll ever truly know the identity of the most gifted polyglot in history, but we have a fairly good idea on a few people who should at least be considered.

In terms of living people, a candidate for the record holder is Ziad Fazah, who reportedly claims to speak around 60 languages, the exact number isn’t clear. However, in one television appearance, Ziad was stumped by basic questions in several languages he’d previously claimed to be fluent in. That’s not to detract from the fact that Ziad has proven he’s able to speak a pretty ridiculous number of languages and he may have studied and once been fluent in the languages he was stumped in, and simply forgotten them; but it throws into question his claim of being able to currently speak 60 or more.

A more verifiable living polyglot is one Alexander Arguelles, who has a working understanding of around 50. Again, the number isn’t clear, even in interviews, Alexander very rarely puts a hard figure on the number of languages he can speak and understand, stating only that “Now, I can read about three dozen languages and speak most of them fluently, and I’ve studied many more“.

In Alexander’s case, he puts his amazing gift for language down to thousands of hours of study and work. A sentiment that is echoed by other living hyper-polyglots, for example, Richard Donner, who speaks and understands 20 different languages. In Richard’s case, though, he’s still a teenager, so he has the potential to speak and understand as many, if not more languages than Alexander some day. It should be noted that Richard also refuses to bother learning “easy” languages like Spanish, in lieu of learning more difficult ones like Urdu and Russian.

If you’re wondering why everyone listed so far has been male, there may or may not be a reason for that. In the book, Babel No More: The Search for the World’s Most Extraordinary Language Learners, it’s noted that polyglotism is almost universally found in males, though no one yet knows whether there is a concrete reason for this, or if it’s just a bizarre coincidence. Some have put forward the idea that the most extreme cases of polyglotism are linked to autism, using the work of professor Simon Baron-Cohen, a leading expert on autism, as the basis for their theory. According to professor Baron-Cohen, people with autism tend to have an “extreme male brain”- his words, not mine- which leads them to feel compelled to master certain systems, such as language. And, in case you’re wondering, yes, Simon Baron-Cohen is related to Borat star, Sacha Baron-Cohen. They’re cousins.

In the book noted above, the 18th and 19th century Cardinal Giuseppe Caspar Mezzofanti is used as an example of a true polyglot, reportedly being able to speak or understand 72 languages. Again, no one is sure of the exact figures, some place it as high 72, whereas others say it was around 30. Regardless, Cardinal Mezzofanti’s skills with language were legendary in his time. The reason for the vast difference in the number of languages Mezzofanti was reported to have spoken stems from the fact he spoke many different dialects, which some scholars argue were so different in nature that they should technically count as entirely separate languages. Even discounting his dialects, Mezzofanti was known to be able to speak Turkish, Arabic, German, Chinese, Russian and around two dozen other languages with “rare excellence”. Considering he lived in 19th century, the fact he even came into contact with this many languages and found adequate books on the subjects to study, let alone learned to speak the languages fluently enough to converse with people in them, is hugely impressive.

A more recent example of a hyper-polyglot is one Emil Krebs, who spoke a reported 65 different languages. Fun fact, Krebs took great enjoyment in the fact that he could translate the phrase “kiss my ass” into 40 different languages. When told that it’d be impossible to learn every language on Earth, Krebs asked which language would be the hardest to learn and mastered the hell out of that on principle.  If you’re curious, the language Krebs eventually settled on as the hardest was Chinese. Krebs affinity for language was so great that when he died in 1930, his brain was sent off for scientific study where it presumably exploded into a cloud of foreign expletives the second a researcher cut into it.

But perhaps the greatest number of languages claimed to be spoken by a single person is over 100. Yes, 100, with two zeroes. This claim was made by one, Sir John Bowring, the 4th governor of Hong Kong. In his life, Bowring was reportedly familiar with 200 languages, and was supposedly able to commune with others in 100 of them. However, other than the fact that he and others close to him claimed he could speak this many languages, little else has ever been recorded about how proficient he was in any of them. Although, seeing as he lived his entire life as an obsessive student of language, many historians think this claim may not completely far fetched.

So the next time you think someone is impressive for speaking two languages, remember that there are quite a few people who can speak dozens, and there may have been a guy who spoke over a hundred.