Charlie Sheen Once Bought 2,615 Tickets to a Major League Baseball Game so He Could Improve His Odds of Catching a Home Run Ball

March 7, 2012 Jon
Note: This is a guest article contributed by frequent TIFO visitor and owner of Daily Random Facts, Jon. 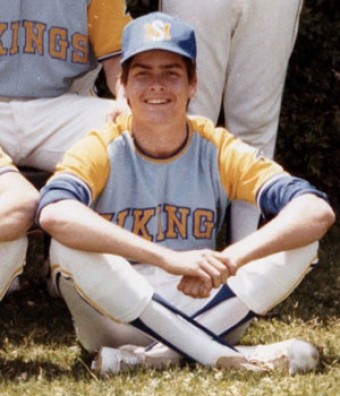 Today I found out Charlie Sheen once bought 2,615 tickets to a single Angels’ baseball game, hoping he’d be able to catch a home run ball.

Charlie grew up with a love for acting and baseball. As with acting, Sheen started out demonstrating quite a bit of promise in baseball. At Santa Monica High School, he was a shortstop and pitcher. His pitching ability was particularly impressive.  Jerry Nyman, former White Sox and Padres pitcher and one time minor league pitching coordinator for the Tampa Bay Devil Rays, said about Sheen, “He was a good baseball player, among the best at the school…  He might have played pro ball, and if he played pro ball, he might have gone on to make the big leagues. If Charlie Sheen had chosen to go that route, who knows what would happen?”

In high school, Sheen, then known as Charlie Estevez, featured a fastball that averaged about 84-85 mph with good command.  He was primarily used as a relief pitcher, making the varsity squad in his junior year.  His coach, Jose Lopez (no relation to the major league second and third basemen, Jose Lopez) stated Sheen was the best reliever on the team and was “a tough kid, a focused kid, and a team player.”

Sheen was even offered a full scholarship at the University of Kansas to play baseball, but he turned it down to pursue acting.  His baseball playing career ended just a few days before the playoffs his last year at Santa Monica High, when he was expelled from High School for his poor attendance and bad grades.  This was particularly note worthy as the Santa Monica Vikings took an early 3-0 lead in their final playoff match before losing the lead late in the game, which may have had a different ending had their ace reliever not been kicked out of school.

Thirteen years after getting kicked out of High School, now having appeared in over 40 TV and film productions, including Major League 1 and 2, The Three Musketeers, and Hot Shots Part 1 and Part 2, in 1996, Sheen bought 2,615 seats in the outfield of a California Angels game for $6,500.  You might at first think he did this for similar reasons as many other stars do, to donate the seats to charitable organizations like orphanages or the like.  But then you remember this is Charlie Sheen we’re talking about and while particularly in the last decade he’s been involved with quite a few charities, he’s better known for “winning.” As such, he actually bought those 2,615 seats towards that end; so he could be the one to catch a home run ball, if one was hit.  He particularly was hoping Cecil Fielder would hit one to him.

Thus, Sheen and two of his friends sat in the nearly empty outfield waiting for a home run ball. After all that, he came up empty handed as no home run was hit that day, thus the man who is all about “winning,” lost that round.  When asked about why he bought up the outfield seats, he said, “I didn’t want to crawl over the paying public. I wanted to avoid the violence.”

And now, for your reading pleasure, a selection of bizarre things Charlie Sheen has publicly stated: