Origin of the Chinese Fire Drill 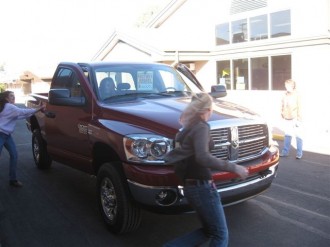 Today I found out the origin of the Chinese Fire Drill.

In World War I, British soldiers came up with the phrase “Chinese Landing” to describe a clumsy or bad landing.  It should be noted that this wasn’t originally meant to imply Chinese citizens couldn’t land a plane well or anything of the sort; rather, it came from the fact that, in a bad landing, the soldiers would often use the phrase “one wing low” to described this.  When said quickly, this somewhat resembled the Chinese language in sound to the British soldiers, hence, “Chinese Landing”.  This later evolved into describing any clumsy or inept landing.  Eventually, this spread to other phrases where anything done clumsily or ineptly was called a “Chinese X” where X is whatever the act was.

This phrasing  also came to mean anything done in a confused or disorganized way.  The origins of this are thought to be from the stark contrast between British and Chinese cultures where the British viewed many things the Chinese did as confusing and hard to understand from their cultural perspective.  Thus, around the time of World War I, any fire drill that was done in a disorganized or confused manner was called a “Chinese Fire Drill” by British soldiers.

In terms of the car game, where everyone jumps out of the car like the car is on fire when it is at a stop; then runs around chaotically; and then hops back in, it is unknown when and where exactly this game became common.  The first documented reference to this game, with the name “Chinese Fire Drill”, is from the early 1970s.  There are, however, accounts from people who lived as far back as the 1940s who say this game and with the name “Chinese Fire Drill” was around back then.  It is thought from this, considering there have been no accounts of the game with that name being around before the 1940s, that the name was brought back to America by soldiers fighting in WWII, who picked it up from British soldiers and at some point it got assigned to the car game, which was probably already around at that point, but either lacked a name or was under a different name.

Needless to say, this phraseology typically doesn’t sit well with Chinese citizens for obvious reasons and, for political correctness sake, most of these “Chinese X” phrases have disappeared, though some are still somewhat common in Britain.