Most Soft Drinks Contain a Small Amount of Alcohol 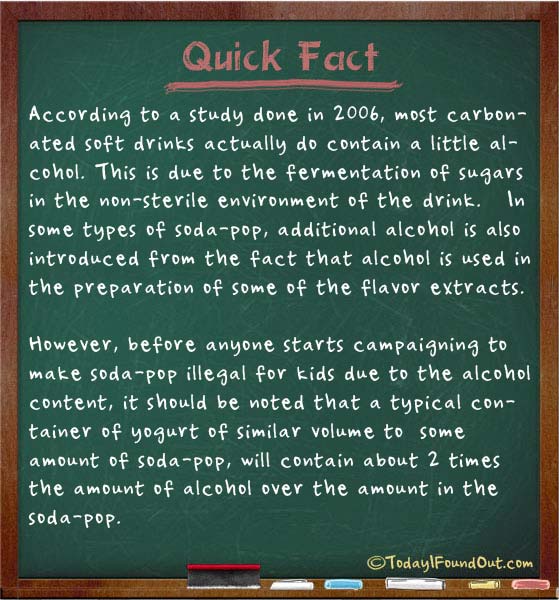 According to a study done in 2006, most carbonated soft drinks actually do contain a little alcohol. This is due to the fermentation of sugars in the non-sterile environment of the drink.   In some types of soda-pop, additional alcohol is also introduced from the fact that alcohol is used in the preparation of some of the flavor extracts.  However, before anyone starts campaigning to make soda-pop illegal for kids due to the alcohol content, it should be noted that a typical container of yogurt of similar volume to  some amount of soda-pop, will contain about 2 times the amount of alcohol over the amount in the soda-pop.