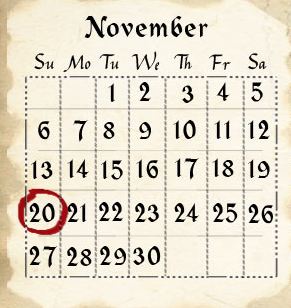 On this date in 1820, an estimated 80 ton sperm whale attacked and destroyed the whaling ship, Essex, an event that partly inspired the novel Moby Dick.  Sailing around 2,000 miles west of South America, the crew of the Essex encountered a huge whale, which they claimed was around 85 feet long, though it should be noted that typical mature male sperm whales only grow to around 60-70 feet long.  However, in one instance they did have a good reference point when the whale floated directly under the ship with head to tail lined up with the boat.  In any event, when they first saw it, the whale just floated at the surface watching them, then suddenly swam at and rammed the ship.

At this point, their craft was still sea worthy, though damaged, and the whale seemed dazed by the impact.  The captain decided not to harpoon the whale because it sat more or less directly under the ship at this point and if it thrashed around, it could do serious damage to the rudder; so they let it go.  Rather than swim away and leave the ship behind once it recovered, the whale instead chose to only swim away far enough so that it could get a better swimming speed as it went to ram the ship a second time (from about 500 meters away).  According to First-mate Owen Chase, one of few crew members to survive the event, the 80 ton whale swam at around 20-25 knots towards the boat.  This time, the 238 ton ship’s hull was shattered and the ship began to sink rapidly.

Now that their main ship was destroyed, the crew, consisting of 21 people, took refuge on three small whaling boats that had almost no supplies to sustain them.  Their choice at this point was to head for known habitable islands that they feared were inhabited with cannibals, 1,200 miles away, or head for South America 2,000 miles away, but about 4,000 miles by the quickest sailing route due to the winds that time of year.  Despite this distance, they chose South America.  Ironically, as you’ll read shortly, their choice of not choosing the much shorter route for fear of cannibals, resulted in some of them resorting to cannibalism.

During their journey, they did at one point encounter an island which they more or less stripped of its resources to help sustain themselves.  They also left three men behind there, at the time thinking likely to their doom, to help conserve supplies and increase the chances the others would make it back.

What followed was an incredibly gruesome tail. As they traveled, they steadily lost crew due to lack of nourishment. At a certain point, they were forced to give up burying their men at sea and, instead, began eating them and drinking their blood. They eventually even had to resort to not waiting for someone to die, but, rather, drew lots for who was to die and nourish the others with their body. In the end, 95 days after their ship was destroyed, they were rescued with only five left alive aboard the two remaining small ships (one was lost along the way with the crew never heard from again). Miraculously, the three left on the depleted island, though near death when eventually found, survived the event.

Herman Melville learned of the story of the Essex when the whaling ship he was on only 100 miles from where the Essex was destroyed encountered another whaling ship, which had the son of Owen Chase aboard.  While this story was the initial inspiration for Moby Dick, other elements of the story were inspired by a real life white whale, Mocha Dick, which also had a propensity for destroying whaling ships and which Melville later learned of (there will be more on Mocha Dick in an upcoming article on Today I Found Out).   Interestingly, while Moby Dick today is considered a great work of literature, in its day, it wasn’t very successful and only earned Melville $556.37 and less than 3000 copies were sold over the next 40 years or so before Melville died.