The Bluetooth Standard is Named After a 10th Century Scandinavian King 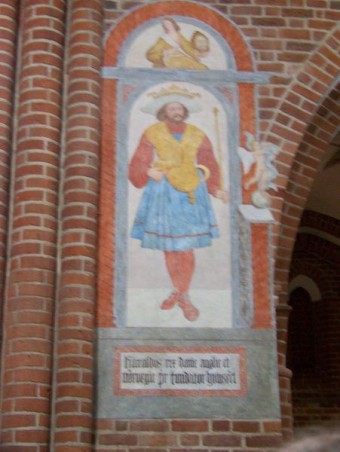 Today I found out the Bluetooth standard is named after a 10th century Scandinavian king.

The man was Harald I of Denmark.  “Bluetooth” is the English translation of “Blåtand”, which was an epithet of Harald I (Harald Blåtand Gormsson).  Legend has it, he received this name due to being extremely fond of blueberries and consuming them so regularly and in such volume that they stained his teeth blue.

The Bluetooth standard was originally developed by Jaap Haartsen and Sven Mattisson in 1994, working at Ericcson in Sweden.  Because Bluetooth was meant to offer a set unified standard, replacing a variety of competing protocols, particularly the somewhat antiquated RS-232, they decided to name it after the 10th century king, Harald Blåtand Gormsson, who completed his father’s work of unifying the various Danish tribes into one Danish kingdom around 970. Although, he was only able to maintain this unification for a few years.

The Bluetooth logo also derives from “Harald Blåtand”, with the long-branch Nordic runes for “H” and “B” comprising the design you see in the blue oval of the logo.