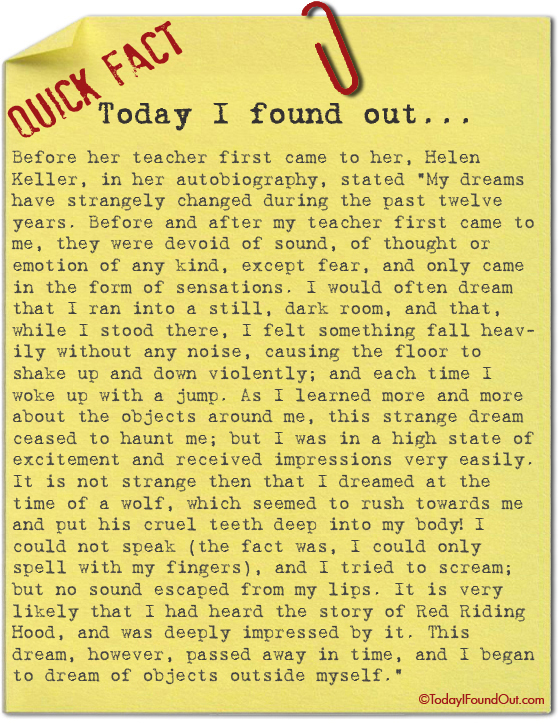 Before her teacher first came to her, Helen Keller, in her autobiography, stated “My dreams have strangely changed during the past twelve years. Before and after my teacher first came to me, they were devoid of sound, of thought or emotion of any kind, except fear, and only came in the form of sensations. I would often dream that I ran into a still, dark room, and that, while I stood there, I felt something fall heavily without any noise, causing the floor to shake up and down violently; and each time I woke up with a jump. As I learned more and more about the objects around me, this strange dream ceased to haunt me; but I was in a high state of excitement and received impressions very easily. It is not strange then that I dreamed at the time of a wolf, which seemed to rush towards me and put his cruel teeth deep into my body! I could not speak (the fact was, I could only spell with my fingers), and I tried to scream; but no sound escaped from my lips. It is very likely that I had heard the story of Red Riding Hood, and was deeply impressed by it. This dream, however, passed away in time, and I began to dream of objects outside myself.”

Sources and How the Blind Dream