August 11, 2011 Jon
Note: This is a guest article contributed by frequent TIFO visitor and owner of DumpADay, Jon. 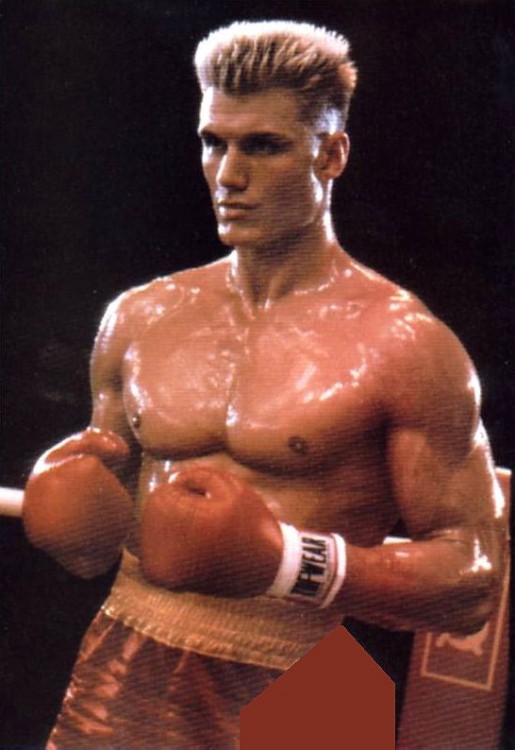 Today I Found Out that Dolph Lundgren (A.K.A. Ivan Drago) is a real life genius.

I guess the phrase “you can’t judge a book by its cover” is true.  Just looking at Mr. Lundgren, I’d think he was a fun guy to hang out with and good at sports, but wouldn’t have imagined  he reportedly has an IQ of around 160; he speaks 7 languages (French, Swedish, German, English, Spanish, some Japanese and some Italian); and was a graduate in chemical engineering from the Royal Institute of Technology in Stockholm.

He has also spent considerable time studying in the United States and abroad on various academic scholarships. He attended Washington State University and Clemson University in South Carolina. In 1982, he received a scholarship to complete his Master’s Degree in Chemical Engineering at the University of Sydney, Australia. In 1983, he was even awarded a Fulbright scholarship to the Massachusetts Institute of Technology in Boston.

His less surprising feats, given his physique of the 6′ – 5″  245 lb, are that he was an elite ranger in the Swedish military and he holds a 3rd degree black belt in Kyokushin karate.  If that wasn’t enough, he was also a Pentathlon team leader.  Not to mention he has been a bodyguard, model, and has been in over 40 movies.  Of course, only two movies that I actually enjoyed (But don’t tell him that, I have no doubts he could kick my ass without breaking a sweat.)

His first movie role was a small one in the James Bond film “A view to a kill” as a KGB agent.  However, his breakthrough role came on his next film, Rocky IV, as Ivan Drago, which is still by far my favorite Rocky movie.  Aside from acting in movies, he’s also directed 7 films.  None of which I’ve ever heard of or plan on watching, but I felt it was still worth mentioning.