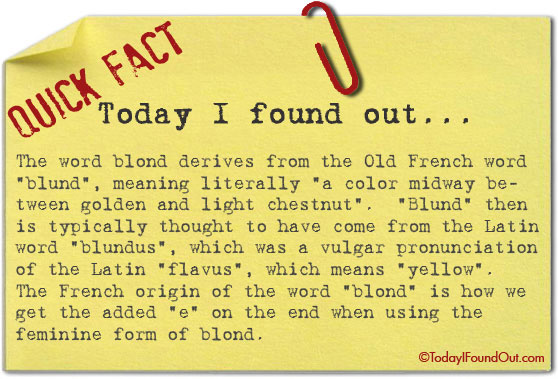 The word blond derives from the Old French word “blund”, meaning literally “a color midway between golden and light chestnut”.  “Blund” then is typically thought to have come from the Latin word “blundus”, which was a vulgar pronunciation of the Latin “flavus”, which means “yellow”.  The French origin of the word “blond” is how we get the added “e” on the end when using the feminine form of blond.