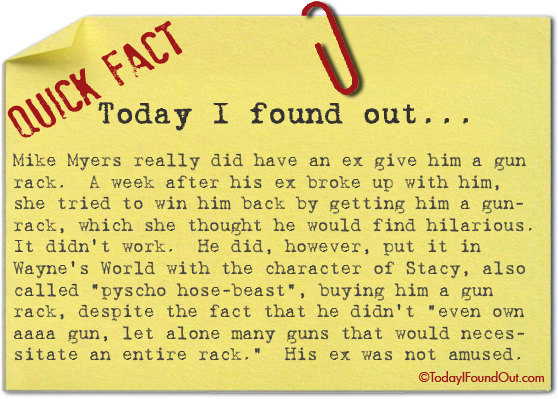 Mike Myers really did have an ex give him a gun rack.  A week after his ex broke up with him, she tried to win him back by getting him a gun-rack, which she thought he would find hilarious.  It didn’t work.  He did, however, put it in Wayne’s World with the character of Stacy, also called “pyscho hose-beast”, buying him a gun rack, despite the fact that he didn’t “even own aaaa gun, let alone many guns that would necessitate an entire rack.”  His ex was not amused.