Why Cockroaches and Insects are Resistant to Radiation 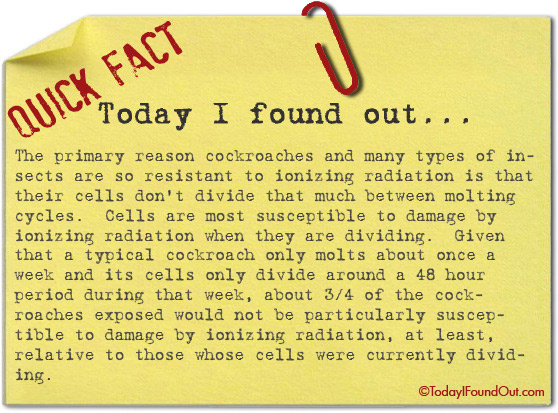