How Decaffeinated Coffee Is Made 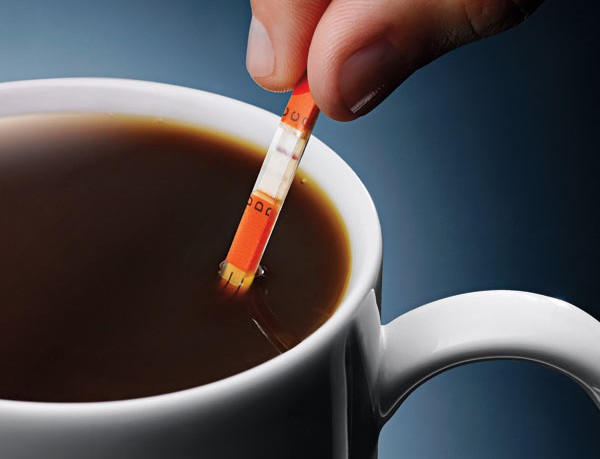 Today I found how caffeine is removed from coffee to produce the decaffeinated version of the world’s most popular drink.

There are several different methods used that can make coffee relatively decaffeinated. The drawback (or advantage, depending on your preference) of all of these methods is that they generally make the coffee flavor milder due to caffeine being one of the components which gives coffee its bitter, acidic flavor.

The general decaffeination processes includes soaking the still green coffee beans in hot water (160-210 degrees Fahrenheit) and then some sort of solvent or activated carbon is used to extract/dissolve the caffeine. The solvents typically used are methylene chloride or ethyl acetate. Unfortunately with this process, the first batch of beans loses most of its flavor to the water and is often thrown out. However, once the dissolving liquid is saturated from the first batch, the subsequent batches retain much of their flavor.  In some methods, the coffee beans from the first batch will be re-soaked in the water solution to reabsorb some of the flavor compounds, minus the dissolved caffeine, so that they can eventually be used for making decaffeinated coffee.

The first such process, as described above, for decaffeinating coffee was invented by Ludwig Roselius in 1905. This method used benzene, a potentially toxic hydrocarbon, to remove caffeine from presoaked green coffee beans. Coffee was steamed in brine and then benzene was applied to the beans. Nowadays, this method is considered unsafe and no longer used.

Another method is where the beans are steamed for half an hour, rather than immersed in water, and then rinsed with solvents – ethyl acetate or methylene chloride to extract and dissolve the caffeine from the beans. Ethyl acetate is an ester that is found naturally in fruits and vegetables such as bananas, apples, and coffee. The solvent is first circulated through a bed of moist green coffee beans and then recaptured in an evaporator while the beans are washed with water. After the chemicals are drained, the beans are steamed again. Usually the solvent is added to the vessel, circulated and emptied several times until the coffee has been decaffeinated to the desired level. The coffee is said to be ‘naturally decaffeinated’ when ethyl acetate derived from fruit or vegetables is used. The advantage of using these solvents for decaffeinating, is that they are generally more precisely targeted to caffeine and not other components that give coffee its distinct flavor. Up to 96% to 97 % of the caffeine from coffee can be extracted this way.

Another method, is known as the Swiss Water Process  and employs a charcoal filter. The charcoal is normally used in conjunction with a carbohydrate solvent (highly compressed CO2 ) so only the caffeine is absorbed. In this method, first, the green coffee beans are soaked in hot water and then the first batch of coffee beans is discarded. The caffeine is then stripped from the solution by activated carbon filters.  This leaves the solution saturated with flavor compounds which is then reused to soak a new batch of decaffeinated green coffee beans. This method extracts up to 98% of the caffeine. Carbon dioxide is also a popular solvent because it has a relatively low pressure critical point.

Another method known as the sparkling water decaffeination process is similar to the CO2 method, but instead of removing the caffeine with activated carbon filters, the caffeine is washed from the CO2 with sparkling water in a secondary tank. This type of solvent consists about 99.7% compressed carbon dioxide and 0.3% water.