Tsunamis Are Not The Same As Tidal Waves 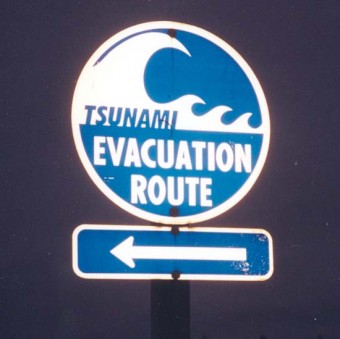 Myth: Any big surge of water from the oceans is called a tidal wave; the terms “Tsunami” and “Tidal Waves” mean the same and are interchangeable.

Tsunamis are mistakenly called tidal waves because, when approaching land, they look as a tide which suddenly rushes away and crashes back in a form of a huge wave. It is true that both of these types of waves may be very destructive. However, there is a significant difference between tsunamis and tidal waves based on their origins and characteristics.

A tidal wave is quite a predictable event impacted by the atmosphere. It is a result of the daily tides caused by the imbalanced, gravitational influences of the Moon, Sun, and planets (hence the name). Tidal waves are most pronounced in narrow bays or in rivers along the coast. Due to this fact, water levels may raise by several feet in a matter of hours. It is also possible that a tidal wave will burn out before it reaches the coast. As a rule, tidal waves follow the currents and are unlikely to cause a landfall in areas of temperate climates or northern countries.

A tsunami, on the other hand, is an extraordinary event. It is a series of waves caused by a rapid, massive displacement of the seafloor or disruption of standing water. The ocean floor may be displaced by an earthquake; landslides moving into oceans, bays, or lakes; volcanic eruptions; a crashing asteroid; or underwater explosions, so the water column is uplifted. The most common reason for a tsunami is an undersea earthquake. The water above such an event is disturbed in such a way that it creates a surface wave with a speed of hundreds of miles per hour (typically around 500 mph on average). Because of the diverse causes, a tsunami has the potential to develop anywhere, unlike a tidal wave.

So, as tsunamis are not related to tides, it is incorrect to consider them a type of tidal waves. Although, the impact of a tsunami could be influenced by the tidal level at the time it strikes.