The “S.O.S” in S.O.S Brand Scrub Pads Stands for “Save Our Saucepans” 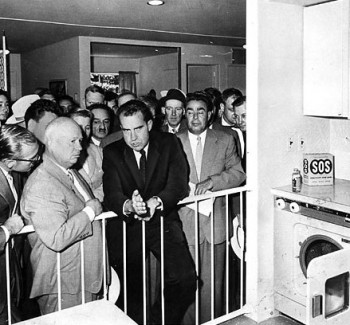 Today I found out that the “S.O.S” in S.O.S brand scrub pads stands for “Save Our Saucepans”.  The name was originally thought up by the wife of the creator of the S.O.S pad, Ed Cox.

In 1917, Cox was an aluminum pot salesman.  When Cox would introduce himself to potential new customers, he would give them a little steel wool pad that he had encrusted with soap as a sort of calling card.  Eventually, these pads became more popular than the pans he was trying to sell so he began selling the pads and the rest is history.