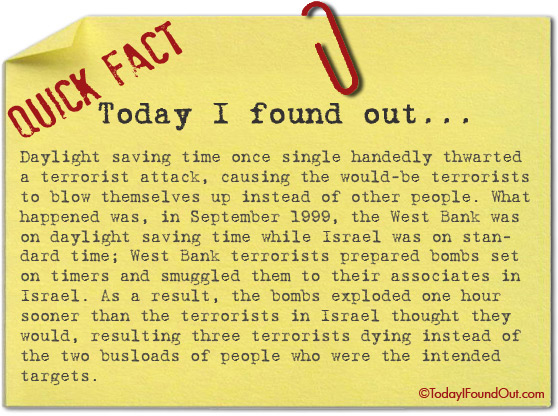 Daylight saving time once single handedly thwarted a terrorist attack, causing the would-be terrorists to blow themselves up instead of other people. What happened was, in September 1999, the West Bank was on daylight saving time while Israel was on standard time; West Bank terrorists prepared bombs set on timers and smuggled them to their associates in Israel. As a result, the bombs exploded one hour sooner than the terrorists in Israel thought they would, resulting three terrorists dying instead of the two busloads of people who were the intended targets.