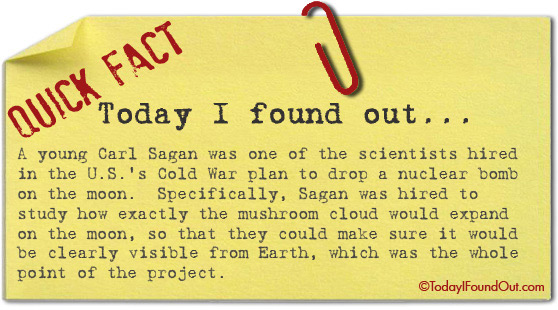 A young Carl Sagan was one of the scientists hired in the U.S.’s Cold War plan to drop a nuclear bomb on the moon.  Specifically, Sagan was hired to study how exactly the mushroom cloud would expand on the moon, so that they could make sure it would be clearly visible from Earth, which was the whole point of the project.