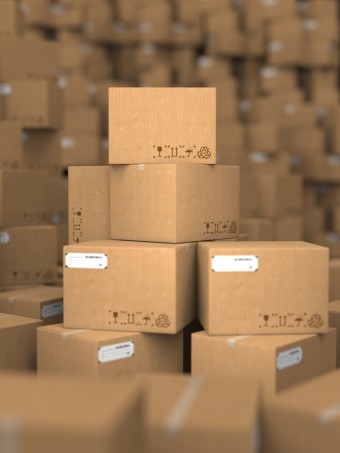 Today I found out UPS was started by two teenagers with one bicycle and $100 borrowed from a friend.

The date was August 28, 1907 and the two kids were 18 year old Claude Ryan and 19 year old Jim Casey.  The two had one bike between them and $100 (about $2400 today) borrowed from a friend to found the “American Messenger Company” in Seattle, Washington.  The company was initially run in a hotel basement at Second Avenue and Main Street in Seattle.

At that time, most people didn’t own phones, so sending telegrams was a frequent thing.  These had to be hand delivered.  In the beginning, the company primarily delivered these telegrams, but eventually expanded into transporting pretty much anything that could be transported on a bicycle or on foot.  Casey and Ryan manned the phone while Casey’s brother George and a handful of other teenagers went out making deliveries.

Fast-forward a few years and Casey and Ryan had merged their company with rival Merchant’s Parcel Delivery taking the latter’s name.  In the process, they acquired a few motorcycles and delivery cars with their first car being a Ford Model T.   At this time, more and more people had telephones so Casey and Ryan switched to working with retail stores to deliver customers purchases to their homes.

By the time Casey retired from UPS in 1962, the company had grown to operating in 31 U.S. states with annual revenue around $550 million and about 22,000 workers.

Fast forward to 2013 and Casey and Ryan’s company that started so humbly is now worth approximately $80 billion with annual revenue at over $50 billion; employing just under half a million workers in 200 countries; delivering over 3.8 billion packages and documents a year.  Amazing what $100, some elbow grease, and a bit of ingenuity can do.