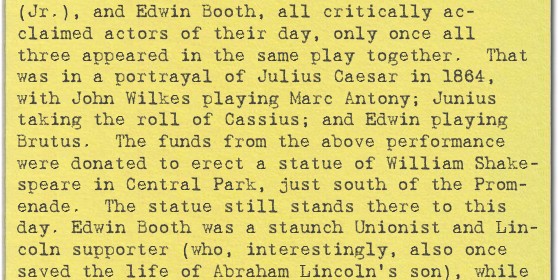 ##EMBED## The three brothers John Wilkes, Junius Brutus (Jr.), and Edwin Booth, all critically acclaimed actors of their day, only once all three appeared in the same play together.  That was in a portrayal of Julius Caesar in 1864, with John Wilkes playing Marc Antony; Junius taking the roll of Cassius; and Edwin playing Brutus.  The funds from the above […]