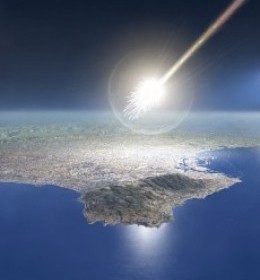 Today I found out about the Tunguska Event, which was a 1908 explosion estimated to have been nearly 1000 times more powerful than the atomic bomb dropped on Hiroshima in 1945 and about 1/3 as powerful as the largest ever detonated atomic bomb, the Tsar Bomba. The Tunguska event occurred around 7:00 a.m. local time on June 30, 1908 near […]