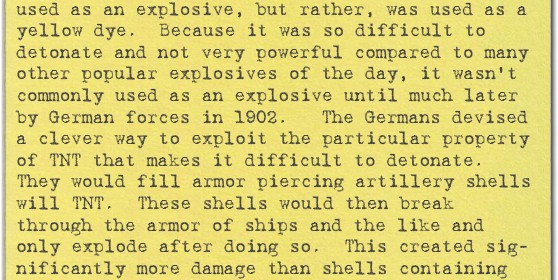 ##EMBED## TNT was originally created in 1863, not to be used as an explosive, but rather, was used as a yellow dye.  Because it was so difficult to detonate and not very powerful compared to many other popular explosives of the day, it wasn’t commonly used as an explosive until much later by German forces in 1902.   The Germans devised […]