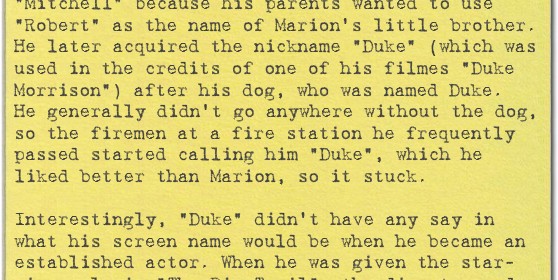 ##EMBED## John Wayne’s real name was Marion Robert Morrison.  His middle name was later changed to “Mitchell” because his parents wanted to use “Robert” as the name of Marion’s little brother.  He later acquired the nickname “Duke” (which was used in the credits of one of his filmes “Duke Morrison”) after his dog, who was named Duke.  He generally didn’t […]