James Doohan who Played “Scotty” was Not Scottish 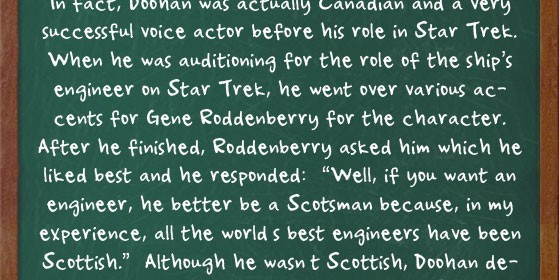 Myth: James Doohan was Scottish. In fact, Doohan was actually Canadian and a very successful voice actor before his role in Star Trek. When he was auditioning for the role of the ship’s engineer on Star Trek, he went over various accents for Gene Roddenberry for the character. After he finished, Roddenberry asked him which he liked best and he […]