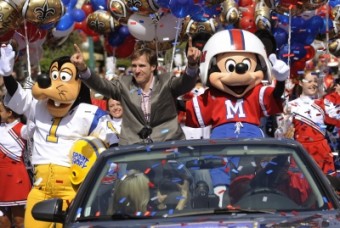 Today I found out how the “I’m going to Disneyland/Disney World” saying got started. In January of 1987, CEO of Disney, Michael Eisner, and his wife were having dinner with Dick Rutan and Jeana Yeager.  Rutan and Yeager had just recently become the first to fly an aircraft around the world without re-fueling or stopping.  At a certain point in […]