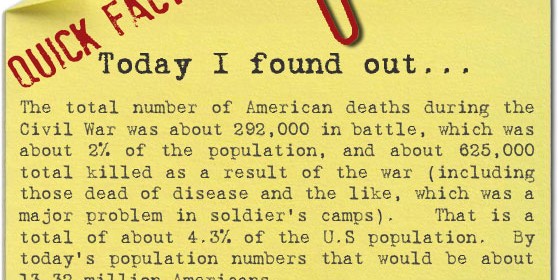 ##EMBED## Click Here for More Interesting Civil War Related Facts Text Version The total number of American deaths during the Civil War were about 292,000 in battle, which was about 2% of the population, and about 625,000 total killed as a result of the war (including those dead of disease and the like, which was a major problem in soldier’s […]