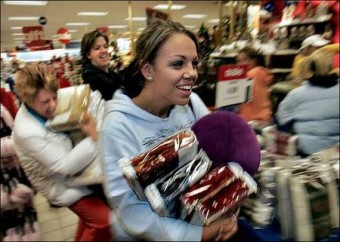 Today I found out how the Black Friday tradition got started. While it wasn’t called “Black Friday” until the 1960s, and then not popularly called such until the last two decades, retailers have been trying to push people to shop the Friday after Thanksgiving since the late 19th /early 20th century. Around this time, it was very popular for various […]